Tesla stock dropped more than 5% after hours as Musk explained what had gone wrong in the making of the new Model 3, the company’s first affordably priced electric car. Investors had sensed something was awry a month earlier, when Tesla said it had only made 260 of the Model 3 last quarter, well below the nearly 2,000 it had forecasted; some reports said the bottleneck was due to the carmaker assembling the vehicle by hand.

“Nine levels of production hell” are not unusual when you launch a new product. Especially if it is a product of such a scale never produced by the company before.

There was some media buzz during last weeks regarding a mysterious new billion-dollar EV company, operating out of a former Nissan site in California. The company called “Faraday Future” (FF) has assembled a strong leadership team consisting of former Tesla and BMW guys plus a couple of hundred other employees, and seems to be planning to launch a new EV vehicle around 2017.

First reports have indicated the possibility of Faraday Future being a dummy company for Apple’s EV project, given the lack of an known CEO and the seemingly extremely fast and high funding of the new company. A closer look at the incorporating documents has revealed, though, that FF’s chief executive is a partner of Jia Yuenting, founder of LeTV. Thus, Faraday Future is more likely to be the potential future home of LeTV’s SSE (Super Electric Eco-System) car project. This project is not just about the “old-economy” style “moving a car out to the dealer” type of business, but will try to treat the car more like a smart phone. Subscriptions, apps, car-sharing and other service revenue streams seem to be an integral part of the envisioned LeTV EV car project. 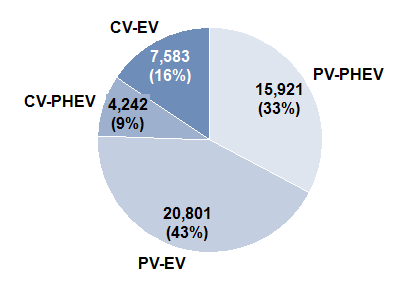